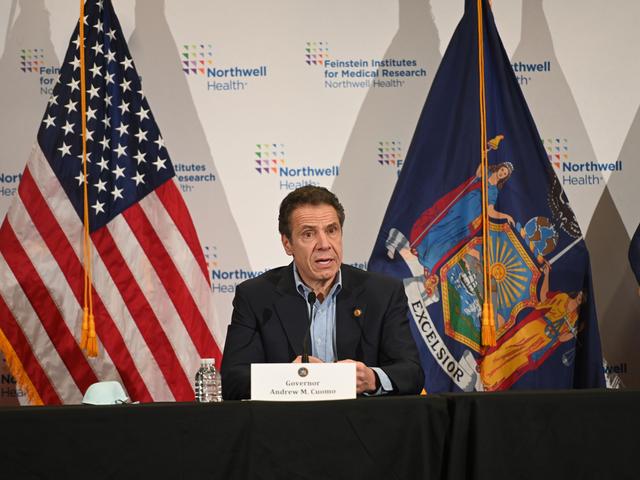 Governor of the U.S. state of New York Andrew Cuomo said Monday that he would extend the PAUSE order in hard-hit regions amid the COVID-19 pandemic.

May 15 is when the PAUSE regulations expire statewide. I will extend them in many parts of the state, said Cuomo at his daily briefing.

The PAUSE order, which shuts down non-essential businesses and closes public schools statewide, went into effect on March 22 and has been extended twice before the state reached the peak of infections.

Meanwhile, some other regions less impacted by the pandemic will be reopened when the deadline passes, said Cuomo.

The state would closely monitor the rates of hospitalization, infection rates, and the results of antibody testing and diagnostic testing before taking the next step.

We have to be smart because if you are not smart, you will see that infection rate go right back to where it was, he warned.

On Sunday, Cuomo said at a briefing the state would implement a phased strategy by first reopening the construction and manufacturing sectors before making decisions on businesses on a case-by-case basis, depending on how essential they are.

New York state reported 337 deaths on Sunday, the lowest of the month, and over 1,000 new hospitalizations, according to Cuomo.

The results showed that while 24.7 percent of people in New York City tested positive, the rate was around 2 percent or even lower in many counties of upstate New York, which could justify a phased reopening plan.

New York City Mayor Bill de Blasio said at his briefing on Monday that at least 40 miles of city streets will be closed to traffic so that New Yorkers will have more space to walk around or exercise.

A new method of testing will be applied in city-run clinics, where people collect samples themselves under the direction of health care workers.

The self-swab tests will reduce those frontline workers' risk of getting infected, as the traditional way often leads to sneezing and coughing of the person who is receiving the test, said de Blasio.

Meanwhile, the city announced that it would hire 1,000 health workers to track people who had contact with individuals tested positive for the coronavirus.

We are hiring immediately and we'll be hiring throughout the month of May, said the mayor.

He noted that a broad capacity of testing and widespread contact tracing are essential to the state and the city's reopening planning.

Every time someone tests positive, immediately we can swing into action, figure out who were their close contacts and get those people tested to isolate anyone who needs isolation, he added.

Also on Monday, officials at the State Board of Elections voted to cancel New York's Democratic presidential primary scheduled for June 23, making it the first state to do so due to the COVID-19 pandemic.

By Monday evening, over 291,000 people have been tested positive for coronavirus in the state, with more than 160,000 in New York City, according to data compiled by Johns Hopkins University.