U.S. President Donald Trump on Tuesday offered a positive prediction of economic rebound in Q3 saying the country is ready to re-open, as the number of confirmed cases in the country surpassed one million.

Speaking at a news conference on aid to small businesses in the White House, Trump said Q3 is gonna OK, maybe better than OK, and then Q4 will be great and 2021 tremendous.

On Friday, Trump signed the 310 billion U.S.-dollar Paycheck Protection Program (PPP) refill into law, and some small business owners came to the white house to share their stories from the first round of loan.

He also claimed that the U.S. would soon be performing five million coronavirus tests a day. The daily rate is now 200,000.

The U.S. has carried out 5.6 million tests over the past two months, representing about 1.6 percent of the population, a higher percentage than most countries, though significantly below Italy.

Referring to the criticism on testing, Trump pointed out the U.S. was done far more than any other countries. We're doing a job the likes of which nobody's ever done, he said.

Some governors don't care as much about testing, he said. Their test is much more modest, and their real test is when people stop getting sick, and they'll be able to do that too, and I understand both systems very well. 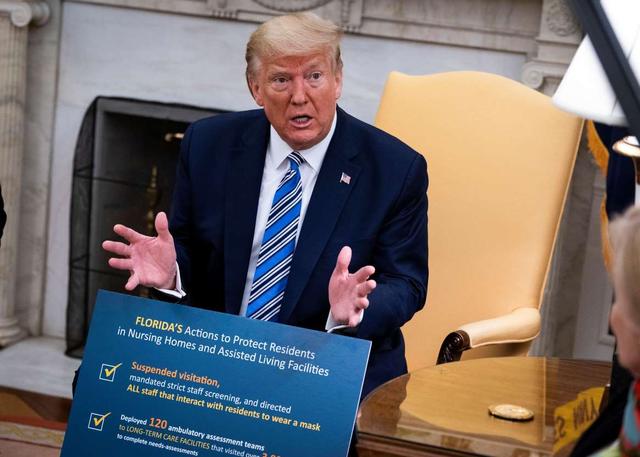 Asked about the U.S. hitting one million coronavirus cases, and his February prediction of going from 15 to close to 0, Trump said, Well, it will go down to zero, ultimately.

Speaking of the economy recovery in the second half of the year, Trump offered a positive prediction.

Our experts believe that the worst days of the pandemic are behind us, and Americans are ready for our economy to re-open, Trump said.

Now our country's opening up again and I think it's going to be very, very successful, he said. I think the fourth quarter will be great. And I think next year is going to be a tremendous year for this country. 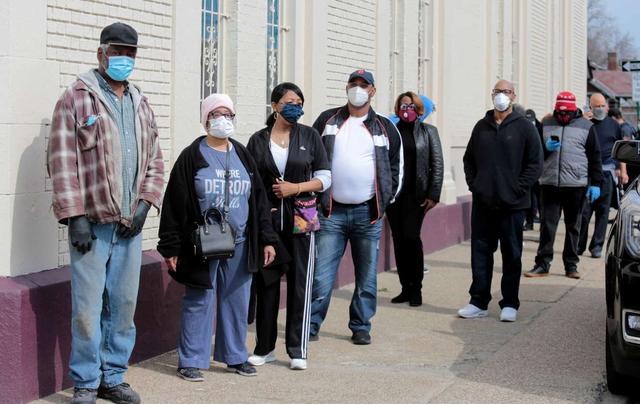 Detroit residents line-up to be tested for free for the coronavirus disease at the Sheffield Center in Detroit, Michigan on April 28, 2020. /Reuters

According to a Reuters/Ipsos poll released on Tuesday, Americans appear to be losing faith in what President Donald Trump says about the coronavirus pandemic, with almost everyone rejecting Trump's remark that COVID-19 may be treated by injecting infected people with bleach or other disinfectants.

The April 27-28 public opinion poll found that fewer than half of all adults in the U.S. – 47 percent – said they were very or somewhat likely to follow recommendations Trump makes about the virus. That is 15 percentage points lower than the number who said they would follow Trump's advice in a survey that ran at the end of March.

A majority of Americans said they were concerned about how the coronavirus is spreading, according to the poll.