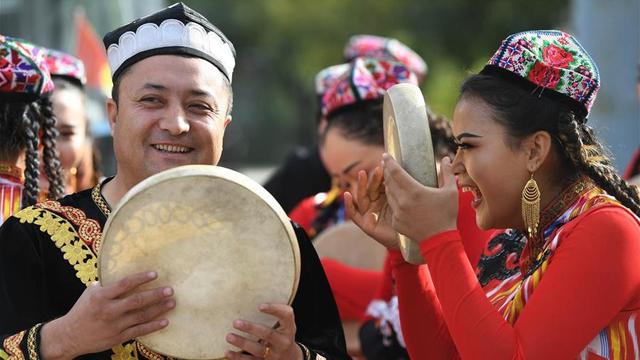 An official of the region's ethnic affairs commission made the remarks at a press conference on matters pertaining to Xinjiang.

Xinjiang officials also hit back at allegations made by overseas media that Xinjiang forbids ethnic minorities from wearing ethnic costume, forcing them to celebrate the Spring Festival, stressing Xinjiang fully protects the dietary, celebratory, wedding and funeral rituals, and other customs of all ethnic groups.