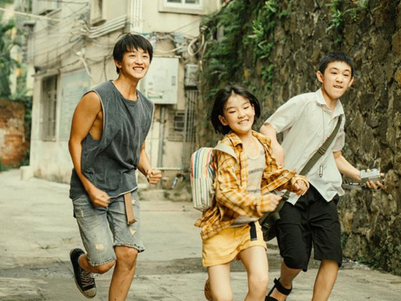 Poster of the suspense drama The Bad Kids. (Courtesy of iQiyi)

The Bad Kids, a suspense drama that has been an internet sensation in China following its release about two weeks ago, remains the most popular Chinese-language TV series on review platform Douban.

Available on online streaming platform iQiyi starting from June 16, the show has topped the Douban weekly popularity ranking for Chinese-language TV series for a third consecutive week, according to the latest results.

Adapted from a popular novel, the 12-episode drama stars Qin Hao as a math teacher who hatches an elaborate murder plot to kill the parents of his unfaithful wife after she demands a divorce. However, his actions are recorded by three children playing nearby.

On Thursday, The Bad Kids scored 8.9 points out of 10 on Douban based on more than half a million reviews.