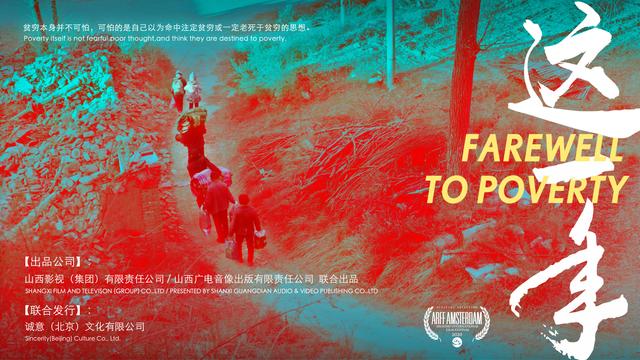 A documentary film about China's poverty relief won a Dutch film award and was released on Youku on July 2.

Farewell to Poverty, directed by Lu Guanghua, won an Around International Film Festival (ARFF) Globe Award in the January 2020 Official Selections of the ARFF - Amsterdam.

Four European cities -- Amsterdam, Paris, Barcelona, and Berlin -- hold their own ARFF selections every month, and winners receive an Official Winner Laurel. There is a yearly award ceremony to determine the yearly winners.

The film records the real stories during China's poverty-alleviation campaign in Kelan County, Shanxi province, where there are 91 poor villages, 4,580 poor households and 10,181 poor people. In accordance with the overall deployment of the poverty-stricken areas in Kelan County, the local government plans to relocate 115 natural villages.

The film truthfully and objectively records the conflicts, struggles and entanglements of several deeply impoverished families during their relocations and their processes of regaining hope in their new lives.

Only by looking at eye level and restraining judgment can we gradually witness people's lives there, the director said.

During the two years of filming, the crew lived in cave dwellings, struggled with household mice and fleas, and encountered severe scenarios, such as heavy snow sealing off mountain passes and mobile phones having no signal. Almost isolated from the world, the crew eventually finished this impossible movie.

The tagline on the movie poster reads: Poverty itself is not terrible. What is terrible is the thought that you are destined to be poor or must die due to poverty.